PREMIUM WAREHOUSE AND FACTORY.
TIP has developed over 900,000 square meters of storage spaces in Sumutprakarn area. 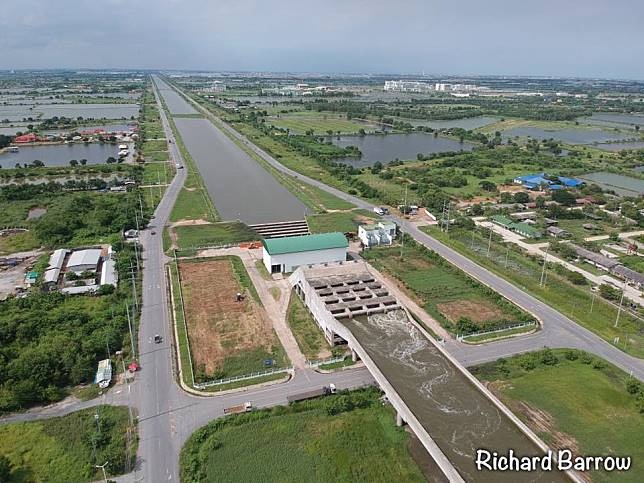 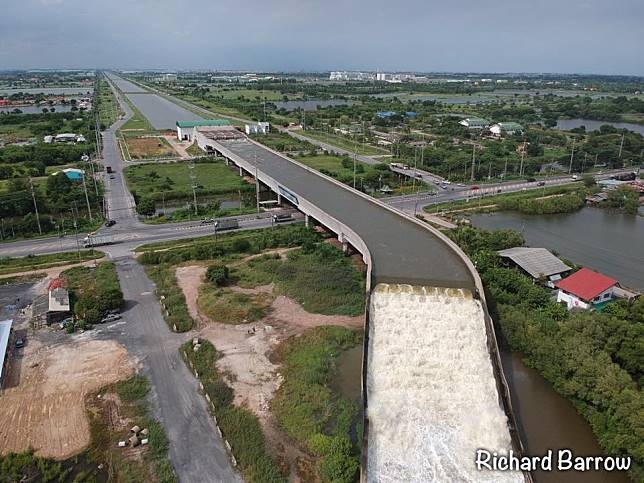 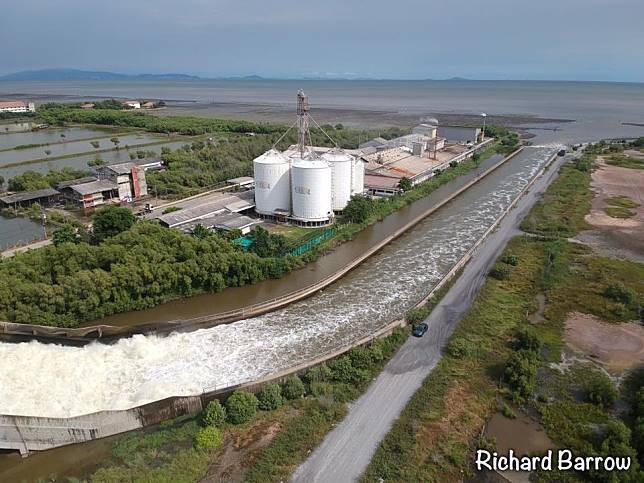 The irrigation canal between the Gulf of Thailand and Suvarnabhumi Airport, Samutprakarn province, the projects under the King Rama IX Initiatives.

The canal with two lane highway on either side, the road connects Sukhumvit road withTheparak road and ends at km.19 Bang Na - Trad Highway. (Theparath road)

The drainage canal is on the northern side of the road that leads to the airport about 16 kms away. The canal is about 40 meters wide and 10.5 kms long. It goes as far as Samrong Canal. This is a drainage canal in order to stop the flooding at the airport.There are heavy duty pipes going over the road to pump the water out into the Gulf of Thailand.

The drainage project consists of 2 main elements, one of which is the new water-distribution canal excavation that is 36 meters wide, 3.36 meters deep and 11 kilometers long. The canal is expected to be able to drain water nearby the airport out to the ocean at 8.64 million square cubic a meter. Another element is the construction of 2-lane roads over the existing water-distribution canals which will be expanded into 4-lane roads in the future. The construction is projected to help ease the congestion problem at the airport and areas surrounding the southern part of SamutPrakarn province.

The drainage project is one of the biggest projects under the Irrigation department’s supervision. The construction was proceeded in 2005 and completed in 2010, a total of 6 years to be finalized. The budget allocated on the construction is nearly 11 billion baht.

This drainage canal is designed to prevent the flooding during heavy rain season, also use as water reserve water during draught. 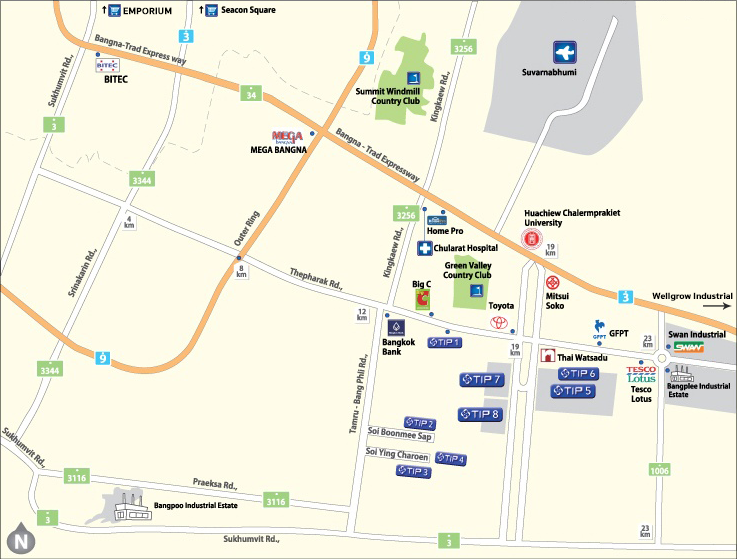